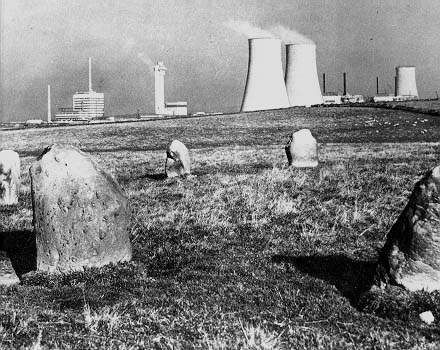 The nuclear industry supported press, in rebuffing the BBC Panorama teams claims of safety issues and lies to Parliament, we see some counters to the safety concerns but no response to the well documented evidence of the head of the Sellafield consortium lying to the Parliamentary committee and covering up the grave incident of plutonium release (and its cost) in November 2014. 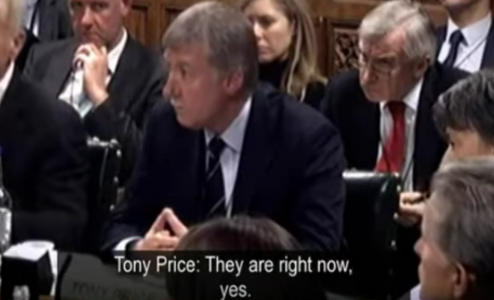 The Spokesperson for Sellafield can be seen on the video acting a bit surprised at the questioning and revelations the Panorama reporter revealed. He just denied that any “spin” (ie lies) were said during the Parliamentary committee and that is the last word we have on this explosive revelation of criminality from the nuclear industry.

It is most surprising that the BBC News office did not pick this up as we see on the BBC web site they are fully aware of the issue of contempt of parliamentary procedure;

“….Examples of contempt include giving false evidence to a parliamentary committee, ….The Commons has the power to order anyone who has committed a contempt of Parliament to appear at the Bar of the House and to punish the offender…..” 2008 BBC

Since that report was uncovered, the nuclear industry and their PR and government connections have swayed the public and eased their fears. The BBC and Science Media Centre (SMC UK) (Also called Sense About Science) was crucial to doing this and at the same time minimising the environmental and health impacts of the 2011 Fukushima disaster that had caused a huge drop in investor interest in nuclear projects.

So in the last 5 years the BBC has produced many supportive documentaries and educational materials favouring nuclear energy (Since the SMC UK started to receive large corporate funding) . In fact at the end of last year, the BBC science department was involved with promoting Sellafield and largely  ignoring the many problems that existed there.

That was followed up by the BBC Science teams involvement in a shocking display of bad science during the commemorations of the 2011 disaster in 2016 March this year. Even though there was outrage in the scientific community at the Fukushima video, it was some months before the BBC quietly took down the video. Thereby, much of the public that saw the biased Fukushima video were unaware of the wrong and dangerous information that was given. Then just a couple of months ago a high profile visit to Sellafield by dignitaries was to underline the improvements and give Sellafield the all clear. Still other experts tried to combat the BBC and SMC UK PR management of all media regarding nuclear;

The main thing for the BBC, government and nuclear industry was that the nuclear industry was still being perceived as above board and transparent. We saw a similar maneuver after the release of the Panorama Documentary on its You Tube site (Under BBC management orders?). The video was removed after just a few hours of being uploaded and after the link had been shared to an international social media audience. The video was put back up sometime later but after the interest had passed.

Although the media has largely ignored this story many experts have been commenting on the situation in Sellafield and there is a lot of well sourced data that bears the whistleblowers observations and claims (See source links below) . But it is the criminal manipulation of politicians during the Parliamentary committee process that demands our immediate attention. It undermines our Democracy.

Whilst discussing the issue of coverage, by the BBC, of the nuclear industry (with the exception of the excellent undercover investigative abilities of the BBC Panorama team) , I asked an experienced Science Media journalist and Author on how he viewed the BBC`s general coverage of nuclear matters over recent years and he had this to say;

”Recent events reveal the ongoing national disgrace that is Sellafield, including the truly appalling state of the historic spent fuel ponds’….”
And Paul Dorfman was able to qualify his point through the excellent investigative work of the Panorama team. [11th September 2016]

In France an Energy systems engineer, well versed in La Hague (The French equivalent to Sellafield) and its impacts said this in response to a discussion on the Panorama revelations;

“….those plants, Sellafield and La Hague, would exterminate the whole world population in under 40 years, because there are tons of plutonium in Sellafield and tons in La Hague adding thousand times more than necessary to exterminate all animals through the world. The biggest aberration of history, the timing bomb for the global extinction, a potential aschimothusia .[“sacrifices” committed by force of a state ] …”  Xavier Nast 11 September 2016

Marianne Birkby confirmed to me the ongoing “legacy” of dangerous safety practices at Sellafield;

“…The state of the Sellafield ponds is described by the BBC as an “historic legacy” but the “legacy” is ongoing with every reactor that continues to burn nuclear fuel whose waste is sent to Sellafield for reprocessing. . The now infamous photographs of the shocking state of the Sellafield ponds that were given to Radiation Free Lakeland by a brave whistleblower are not “historic.” Those shocking photographs are a graphic illustration of the continuing madness of nuclear power….” Marianne Birkby, Founder of Radiation Free Lakeland 11 September 2016

Sources for this article (Not already linked above)

Critical scientific analysis of the BBC Science departments dangerous and insulting attempts of reporting on Fukushima (And the reason that the BBC had to take down the video, some months later. The comments on this video are enlightening and you can see both pro nuclear and anti nuclear people actually agreeing and making known their complaints to the BBC) – March 2016 https://www.youtube.com/watch?v=qrgdAA5oiIA

Note from writer; There are many other articles out there that show the BBC defending Geraldine Thomas (BBC Expert) after the complaints came in and rebuffs for that on fissionline magazine and this was also added pressure that forced the BBC to take the Fukushima video down.. The whole story of BBC bias in Energy matters is too vast to cover here but I leave you with the above Key words and links (for the researcher) . The truth will out!!  – Shaun McGee

11 thoughts on “Sellafield – Contempt of Parliament – BBC News missed it.”